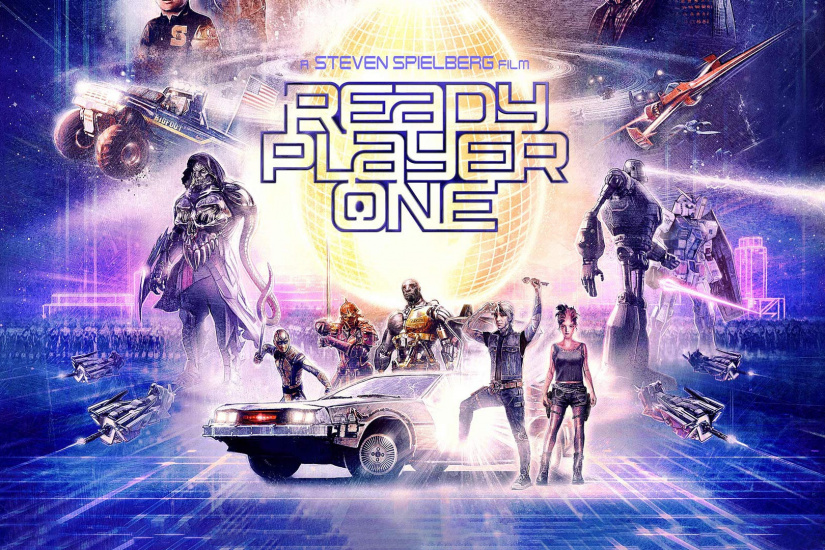 I have to say, I wasn’t expecting much from this film. I’m not a huge gamer (not much of a little one, either. Spyro and Wizard 101 are my speed), but my son wanted to see it and any time I can spend time with my son, I’m on it. I was delightfully surprised and entertained the entire time.

Now don’t get me wrong. This is not an academy award winning film, at least not up there with Lord of the Rings, Titanic, or The Shape of Water. However, there were tons of laughs, lots of action and adventure, and the story and the way it was played out was completely magical.

To pick a favorite character would be difficult. One would like to think it would be Wade Watts a.k.a. Parzival, but I loved Art3mis (Samantha), Aech (Helen), I-R0k, Sho, Daito and the curator. The plot was engaging with other characters you love to hate, and the references to other films, video games, books, etc. were classic write-ins.  The scenes from The Shining were hysterical, probably the best in the entire film, and the characters shined (no pun intended). Seeing as how Stephen King hated Stanley Kubrick’s adaptation of his book, Spielberg used the love-hate relationship effectively as a clue to find the elusive ‘easter egg’ in the film.

In fact, I think Spielberg had a blast making this film. There are all kinds of references to so many films, books, video games. For instance, Aech is building a life-size version of the Iron Giant. The opening scene highlights Minecraft. Batman makes a mountain-climbing appearance. There are references everywhere to Star Trek, Friday the 13th, Speed Racer, Harley Quinn, Tron, Battlestar Galactica, Alien, Dune and the list goes on and on. There are references to The Breakfast Club, Fast Times at Ridgemont High, Animal House, Robotron. I mean, Speilberg turned into a kid with this film, and it was refreshingly fun.

There was also a lesson about balancing escapism with reality, taking chances, and toward the end, I got kind of a Willy Wonka ending moment. It was glorious. Yes, the writing was clunky at times (who refers to their aunt as “my mom’s sister?), the romance was cliche’, but these are things I found fun and kid-like, and they made the movie enjoyable for me. And the Iron Giant taking on Mechagodzilla? Awesome!!

I highly recommend Ready Player One to gamers and non-gamers, adults and kids. It’s loaded with comedy, heart-wrenching backstories, bad guys, and dozens upon dozens of pop-culture references in dialogue and in-scene. I’ll need to watch it several times to pick up on all of them. I think Spielberg is on to something with this film, and I wouldn’t be surprised to see more in the works.  Two thumbs up, Mr. Spielberg. This film is a rare gem and definitely one I’ll be adding to my home theater collection.

One thought on “Ready Player One – an enjoyable, fun film from Steven Spielberg”