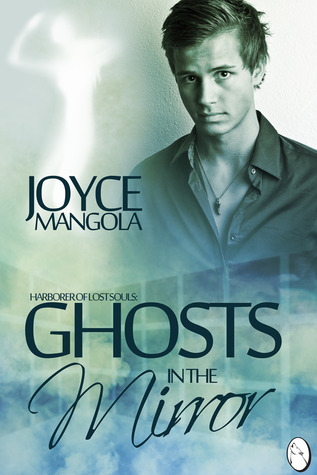 Blurb: Sixteen-year-old Jeremy Riggs has lived his life in and out of the hospital. While the doctors are clueless as to why he lapses into comas, he is well aware of his unique ability to merge with a wandering spirit. With his own soul too weak to sustain life, it’s the only thing keeping him alive.

Waking up from a coma a year after being found at the county dump—next to the remains of the last spirit to inhabit him—Jeremy finds the newest spirit is nothing like the previous ones. It’s bent on revenge and has the will to take control over his body. With the police lining him up as a murder suspect and an ancient evil pursuing him, Jeremy must help the ghost hitching a ride in his body find eternal rest without seeing his own soul snuffed out.

He wiped his hands on his jeans to rid himself of the slimy essence from touching the symbol. The voice that crept inside his head remained silent. He stared into the shadows expecting the inky tendrils to attack at any minute, but nothing happened. Not wanting to wait until whatever spirit occupied the house changed its mind about having a Jerry snack, he clambered out between the boards of the front door.

Jeremy froze as he saw Detective McLouth standing at the bottom of the porch steps with his hands in his pockets.

“Want to tell me why you were in there, Jeremy?”

“I, uh, dropped my flashlight through the boards and went to get it. You know, a stroll on my weekend of freedom.” A weak chuckle bubbled from his lips as his pulled the hood of his sweatshirt firmly over his ears to hide tale-tell sign he was lying.

“Yeah. Weird, right? I just was curious about what the inside was like.”

Jeremy nodded enthusiastically but slowed when McLouth shook his head.

“Come on, Jeremy. Why don’t we go back to the station where it’s warmer to discuss what really happened.”

“Well, uh… holy crap!” Jeremy jumped as someone hit McLouth in the back with a shovel, sending the detective to the ground out cold. “He’s a cop! You hit a c…crap!” Jeremy saw a large woman in the light of the streetlamp, and he turned to run back into the house. She over powered him as he screamed like a girl.