It’s that time of year for me to take a hiatus from my blog to write, edit, and write some more. In the past, I just went silent but this summer, at least for a month, I am turning my blog over to two teens, David and Charlotte, from my soon to be released novel, IN THE SHADOW OF THE DRAGON KING.

I have to tell you up front I have no idea what will spring forth from their fingers. I can tell you that David is quite nervous about it. He’s not one to voice his opinion. Charlotte, on the other hand, is quite vocal, but she promised me she would be nice, right Charlotte?

They also said they would answer questions, too, and take ideas as they have no idea what to talk about.

Go figure … teens with nothing to talk about. Hmm. Is that even possible?  We shall see.

With that said, I will be here through the end of the week and beginning Monday, David Heiland will be on board to start off your week with whatever 16-year-old boys talk about. I hope you tune in now and then. It will be interesting. 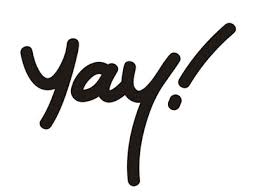 There is no doubt that 17-year old David Heiland, archery champion, is the main character in my novel, IN THE SHADOW OF THE DRAGON KING. From the appearance of inexplicable runes to mysterious letters to the discovery of a parallel world on the brink of war, the story is 100% his.

My second main character is Eric Hamden, an 18-year old squire and expert swordsman, determined to find the solution promised by the seers to keep the realm from war.

For years agents, publishers and editors have stressed the importance of introducing your main character in the first chapter. The reader needs to know who your book is about and why they should be invested in reading it. But what happens if you have two main characters, each with their own goals, each with equal importance? Both characters share POV in the novel. Whose POV do you start with?

After several beta reads and critiques, the overwhelming consensus was that Dragon King needed to begin in Eric’s POV. Even though the story is David’s, the logical flow begins with Eric. I debated it back and forth, thinking of novels where the first chapter didn’t include the main protagonist (Harry Potter and the Half-Blood Prince is one), and after much deliberation, I changed the order of my novel to put Eric’s POV first. Then I read a couple of articles by agents stressing the importance, especially in YA, of introducing your main character in the first chapter and I changed my opening back to David’s. I threw it back out to different betas and again it came back with suggestions to put Eric’s POV first.

Now, if I’ve learned anything in the beta/critique process it’s this: if one person makes a suggestion, it’s up to the author to decide if the change is valid. If an overwhelming majority suggest the same change…odds are they’re right. In this case, their suggestion coincided with my gut instinct so I changed it back to Eric’s POV first, and there it will stay.

In this case, the swordsman beat out the archer in order of appearance. It’s the only logical decision I could make as Eric’s POV leads directly into David’s story without the need for a Prologue. Let’s hope the publishers and editors agree with all the betas and my gut instinct.

Have you ever had two main characters in your story? Did you ever have to make a decision like this? How did you decide and did your gut instincts pay off?