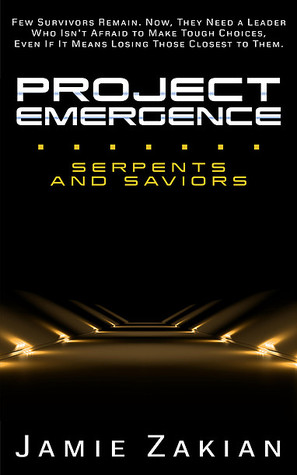 What is it about?

Joey got separated from her twin brother Jesse when their luxury spacecraft broke apart halfway to Mars. The terrorists are dead, but so are most of the passengers who escaped a dying Earth for a new life on a new planet.

The remaining survivors, the future of humanity, are scattered across the lush planet of Mars. Joey and Kami are in a mountainous forest, and they’re locked in a power struggle to guide the people. Jesse and Rai landed on the coast, and are desperate to reach their sisters.

This new world can be a fresh start, where everyone is equal and class sectors are finally made obsolete, if only Kami would give up her self-appointed position as Commander of Mars. Both Joey and Kami are willing to die for their beliefs, even sacrificing the lives of those who’ve chosen to follow them, unless cleared heads can prevail before it’s too late.

Jamie Zakian lives in South Jersey with a rowdy bunch of dudes, also known as family. A YA/NA writer, her head is often in the clouds while her ears are covered in headphones. On the rare occasions when not writing, she enjoys blazing new trails on her 4wd quad or honing her archery skills. She’s a card-carrying member of the Word Nerd Association, which means she’s probably stalking every Twitter writing competition and offering query critiques so keep an eye out.

A Note from the Author

This has been a long time coming, but thank you. Thank you for spending your hard-earned dollars on my books. Thank you for taking time from your busy life to get lost in my imagination. Thank you for getting my quirky sense of humor, and appreciating my sometimes purple prose. But most importantly, thank you for being you. If not for those with a sense of wonder, with a love for beautifully strung together words, there wouldn’t be any authors to tell thrilling stories. You, Reader, are my source of inspiration. You’re the reason I continue to create new worlds, the purpose of my very existence. So, basically, thank you for being awesome.

Giveaway Info:
• One (1) winner will receive a $25 Amazon Gift Card and a digital copy of Serpents and Saviors by Jamie Zakian (INT)