On June 11 I started a contest to name a character in my 3rd book: a shape-shifter Prince of dragons. The person who submitted the winning name would be mentioned in the credits of the book. As a bonus, the winner will also receive signed copies of all three books in The Chronicles of Fallhollow series when the third one releases and there may be some additional goodies tucked in with the books. I think I’ll keep that a surprise.

So who is the lucky winner? Why it’s

with her winning name of

I LOVE this name. There were a few I liked but when I inserted this name in the blank spots in my book, the story flowed. Prince Venniver suits this character to a T! His attitude, the way he speaks. I knew the second I put his name in the line where he first appears this was the name to use. Thank you, Deby!!

Thank you all for playing along! Stay tuned for more giveaways and contests and general, all-around fun!!

I’m an army brat and I’m proud to say it. My dad served this country with honor and dignity from the age of 18 until he died at the age of 49. He fought in WWII, Korea, and Vietnam twice. Like many of our service men and women, he saw things in war a person should never have to see. He slept with his demons, wrestled with his guilt. He was a soldier. A fighter. A commander shouting orders, some he probably wished he’d never given. He watched friends die, families torn apart. When not at war, he trained the troops. He went fishing. He watched baseball. Through it all, he did his best to provide a good life for his wife, his son and daughter. He rarely complained and didn’t allow his kids to complain either. He taught me to face my problems head on, that nothing was too powerful to defeat me.

I forget that sometimes, but then I hear his voice inside of me yelling at me to pick myself up by my bootstraps and keep going. Thank you, Daddy.

When I was 8-years-old, my dad volunteered to go back to Vietnam. I didn’t understand. I wanted him to stay with me. At a baseball game I asked him why he had to go. He told me something that stuck with me my entire life. I’m sure I don’t have his words absolutely correct but it’s how I remember them. Even at the time I thought them to be profound, and they affected me so much, I put a version of them in my novel (doctored up to fit the fantasy tale that it is.) Here is what that Alabama boy had to say:

“War is a necessary evil. Unfortunately, we all battle some sort of enemy either within or around us every day. The true test of our character lies in the instant when we choose to either ignore or defeat that which seeks to destroy us. Fighting out there … it’s the same thing. This country has seen its share of battles and ridden the wings of freedom for a long time, but there are enemies out there who want to kill us, who threaten our very existence, who wish to stifle the God-given rights of every person on the planet. Trust me, I’d much rather stay home, go to baseball games, drink my beer, but I have to do this. I have to defend what’s dear to me – you, your mom, your brother, my country. The right to sit here, to watch people smack a ball around with a stick, to see people act like idiots if they want. I do what I do so they’ll always have the right to do so. I don’t want to die, but if I do, my death won’t be for nothing. After all, what is more honorable than giving one’s life for love of family, country…and freedom.”

He passed away on July 10, 1972 while on active duty. He was one of the most honorable men I have ever known.

On this Fourth of July, while you’re eating your hamburgers and hot dogs, while you’re watching the fireworks, don’t forget to thank the millions like my dad who fought and still fight, to preserve not only our freedoms but freedoms and God-given rights of people around the world. We owe them everything for keeping us free. 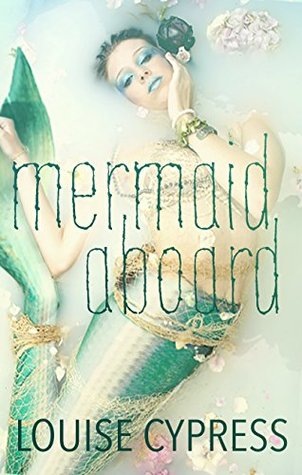 NOTE: The author provided me with a copy of this novella in exchange for an honest review.

I enjoyed this read for the most part. It was a quick and easy read, which I like on busy days when I don’t have time for a long, involved novel but want to feed the reading hunger.

I found the story to be cute enough, but the whole insta-love thing was not for me. While Ian and Estella were cute together, they fell in love too fast. Sure, they could be smitten with each other, but I didn’t fall for the love thing. Then again, if I were an 11 or 12-year old reading this story, I’d totally love the puppy love thing, so I guess it’s all relative to the age group reading it.

I felt the language was a bit young for the characters.  They sounded more 14ish than 17ish. And while I appreciated the science talk and how our oceans are in danger due to human littering, and global warming, I felt much of the storyline was info dump. I would have appreciated it more if there were pictures laying around Ian’s room of garbage hauls on a science vessel deck or something that could spark the conversations. I felt the story moved too fast as if the author was trying to shove as much content into 5000 words or less. I think there were some aspects that could have

I felt the story moved too fast as if the author was trying to shove as much content into 5000 words or less. I think there were some aspects that could have used a bit more flushing out and extended. Life doesn’t fall into place so quick and easy. I would have liked to have seen a bit more turmoil. I loved the scene with Estella, Ian, his brother, and their parents in the dining room. THAT was realistic. That was teen angst that I felt was well done. I also loved the innocence of the story, that the author didn’t have to resort to foul language or sex to tell the story. I found this endearing and I miss it so much in middle-grade and YA contemporary reads lately.

As an adult, I thought the story to be on the cheesy side, but, on the same note, I also felt it would be a perfect short story for a middle-grade girl looking for an adorable story about mermaids. Overall, I’d give this story 3 fins. I look forward to more writings by this author.