What is #YASH?  It’s a bi-annual event first organized by author Colleen Houck as a way to give readers a chance to gain access to exclusive bonus material from their favorite authors … and a chance to win some awesome books and other prizes! This Fall, there are 80 authors divided into six teams. I’m on Team Blue. Each author on each team has agreed to give away at least one book to the grand prize winner. As a scavenger hunter, you can hunt on as many teams as you want, but you’ll need to play fast. This contest is only open October 4-9, 2016. When you visit each author’s site, make sure you look for other chances to win extra prizes as a lot of authors have giveaways going on separately that you don’t want to miss (I have one going on, so make sure you check it out!)

What exactly are you hunting for?  A number.  Each author on the team will have a special number embedded in their post. Add up the number clues for your team, head over to the Rafflecopter giveaway that matches the team color, and enter the number. That’s it. As you read my post, you will see I’ve mentioned the number a few times (just in case you missed it). While I mention it several times, you will only use it once. If you win the grand prize for the team, you’ll get a book from each of the authors on the team.  Only entries with the correct number will qualify to win.

Rules: the contest is open internationally. Prizes must be claimed within 48 hours or the prize will be re-drawn. You must be 16 years or older, or have the permission of a guardian to enter. Duplicate entries will be deleted. To be eligible for the grand prize, you must submit the completed entry form by October 9, 2016 at noon Pacific Time. You must enter to win before then. Good luck and happy hunting! Entries sent without the correct number or without contact information will not be considered.

I’m super excited to be hosting the awesome Austin Aslan, author of THE ISLANDS AT THE END OF THE WORLD and THE GIRL AT THE CENTER OF THE WORLD. 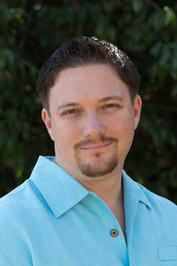 Austin Aslan has been an EMT, a community organizer, a Peace Corps volunteer in Honduras, and he once ran a Congressional campaign in Oregon. He was inspired to write his debut novel, The Islands at the End of the World, while living on the Big Island of Hawaii. He earned a master’s degree in tropical conservation biology at the University of Hawaii at Hilo. His research on rare Hawaiian plants located on the high slopes of Mauna Loa won him a pair of destroyed hiking boots, a tattered rain jacket, and a National Science Foundation Graduate Research Fellowship. He lives outside Tucson, Arizona, deep in the Sonoran Desert, where he pets scorpions and hugs saguaro cacti with his high-school-sweetheart wife and their two young children. Austin is pursuing a PhD in geography at the University of Arizona and thinking up new stories while conducting ecosystem resilience research atop the Peruvian Andes.

As a side note, rumor has it that Austin can juggle 4 bowling balls at one time while balancing 4 chickens on his head. I haven’t actually seen him do it, but it is the rumor. You can find out more about Austin at his website.

All authors love getting reviews. It’s our chocolate with sprinkles. Even more so, we especially love those extra special ones that show up out of the blue and blow our minds. That’s what happened to Austin when he got a review from New York Times Bestselling Fantasy author, Patrick Rothfuss!

Whoa. Just Whoa. I think I would pass out if J.K. Rowling or Raymond Feist left a killer review of my book on Amazon. If I were Austin, I’m sure I would have read the review at least 4 times an hour for at least 4 days.  Do you want to read what the great Mr. Rothfuss had to say about THE ISLANDS AT THE END OF THE WORLD?  Take a read.

“Picked this up on a whim, knowing I’d need a book to read on the plane back from Phoenix ComicCon and was *very* pleasantly surprised.

(To be completely honest, I enjoyed the book so much I kinda failed at being a good dad coming home from the convention. As I kept pulling it out to read, rather than paying attention to my kids like I should.)

It’s Young Adult, if that sort of thing matters to you. But it’s not bubblegummy or trite. I also really enjoyed the fact that it was set in Hawaii, a location that I don’t think I’ve ever experienced in a novel before. And seeing as I didn’t know much about the islands before this, I actually learned a lot about the location.

The tension in the book was also particularly good. Kept pulling me back in but wasn’t so strong that it exhausted me emotionally. Good main characters. Smart discussion of what it means to be an outsider. (The main character is half white/half islander.)

Very much enjoyed it.”

Wow. I would have been floating on Cloud gazillion and 4. Congrats, Austin!!

Next author on the list is the super-amazing, talented author, Christina Farland ! ! http://christinafarley.com/blog/

Make sure you spread the word!

I’m running another special giveaway.  Everyone who leaves a comment below (it could be anything: favorite YA book, favorite YA character, etc) and signs up for my newsletter through my Rafflecopter (entries using Rafflecoper will end as of 12:01 a.m. Oct 9, 2016 EST. You can still enter by leaving a comment with your email below) will have a chance to win the following:

Good luck to everyone and happy hunting!!

66 thoughts on “Let the YA Scavenger Hunt Begin!”