BTS Book Review Magazine has just released their January 2014 issue and it’s a great one!

Get a sneak peek of Alexandra Ivy’s bestseller, BORN IN BLOOD! 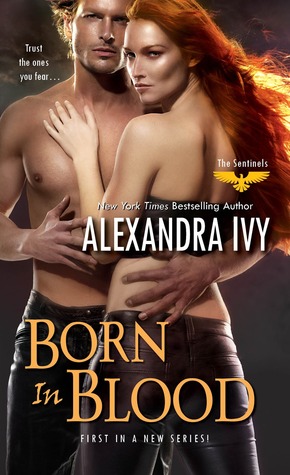 You won’t miss the sneak peeks or interviews with these other hot authors:

Plus, this months’ columns keep you entertained and informed:

The Lowdown with Laurie:  Free Books and Cheap E-book Pricing – Page 11
With this being my last column for BTS, I wanted to share my heart with the authors I love, to let them know how much money they are losing by giveaways and by pricing their e-books for so cheap…

Chic Trends in Romance: Your Favorite Authors’ 2014 Resolutions and Predictions – Page 39
Happy 2014! I love the beginning of a year. It’s like flipping open the cover of a new writing journal. It’s a clean slate of sky’s the limit! The first thing to add to that blank page is a resolution or two…

The Heat Diva: Otherwordly Interaction – Page 47
Sci Fi has long been a favorite of mine. The thought of other planets filled to the brim with warriors of old primed and ready to fulfill all your needs? Yes, please. I will take several…

The Scrying Eye: Mysteries and Mayhem – Page 81
Winter spreads its wings and flaps its cold winds upon us. So come inside, warm yourselves by the fire, and prepare your mind and soul for what The Scrying Eye has to reveal on this visit…

“Why can’t men be like that?” Madison Parker gestured to the television screen.
“Because,” Sara murmured as she stepped into Madison’s apartment, picking her way through the clutter of empty takeout that littered the floor. “We don’t live in a movie…”

Alexis Winters rolled her eyes. Yet another polyester-bearded Santa Claus gawked at her bare legs. The straps of her what-the-hell-was-I-thinking high-heeled pumps dug into her ankles as she snaked through the crowds toward Grand Central Station. Slipping the phone from her purse’s outside pocket, she glanced at the time. 7:34. Damn. She had eleven minutes to catch her train or she’d be stuck in the city for another hour…

“Come on, just a little bit closer!” Trave Macom clutched the trigger of the phase cannon as he watched the Drakon starfighter break from space and thunder into the planet’s atmosphere. The faulty navigation system had sent him deep into enemy territory. He had been hoping to escape without alerting the Drakons when two fighters had closed in on him. One he’d managed to out maneuver and bring into firing range, but the other ran hot…

Priscilla squealed with excitement as she danced in circles, delighted to receive the coveted Valentine’s Day party invitation hosted by her friends, twins Jeb and Shelby. Priscilla, along with everyone else fortunate enough to attend, looked forward to this annual party of the season. The tradition started several years ago when Jeb and Shelby’s parents wanted society to mingle with their teenage children on Valentine’s Day…

Not one day had passed that I didn’t think about him. It was odd, really, considering that I’d last seen him in middle school, nearly five years before. And there he was. His appearance was so unexpected that I almost forgot the spasm of pain in my back that had made me gasp and stop walking. Forgot the telltale pearling of cold sweat on my forehead…

And of course, you can’t miss all the wonderful book reviews featured in this issue!