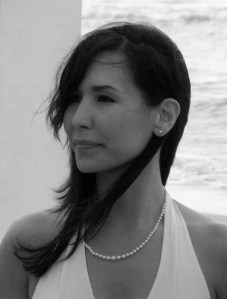 Today kicks off my first ever YA Author Blog Takeover and what a way for this YA Fantasy Author to kick off this week-long event than hosting another YA Fantasy Author.  So. without further ado, please welcome Kim Richardson!  *applause*  Take it, Kim.

I’ve always been intrigued with fantasy novels, animation, movies. I can’t remember how many times I read The Hobbit, or Lord of the Rings, and The Sword of Shannara series, while growing up. I fell in love with fantasy adventure books years ago, and they’re still my favorite. And those are the kind of stories I love, and want to write.

Young adult/middle grade novels are what I read the most, so it’s only natural that I would choose to write in the same genre. It just came natural to me. Perhaps I never truly grew up. I just knew that’s what I wanted to write. I felt it in my bones, so to speak. I love storytelling. Creating fun characters and giving them conflicts, is so much fun. Another aspect about the YA market that appealed to me, was being able to create stories that can evolve and continue in a series. Not just a trilogy, but five and more books. I’ve discovered that the readers of my series don’t want the story to end, and I can understand.

As an Animation Supervisor for a VFX company for over 14 years, I was able to surround myself with imagination and art for many years. I loved my job, and I was very good at it, but I wanted to write stories. I had so many of them in my head, they were coming out of my ears. I felt like I HAD to write, no matter what. But I couldn’t do both, at least not fulltime. I planned ahead, and paid off all my debts. When I finished my first book, Marked (Soul Guardians Book 1), I published it and sat back to see if the readers liked it, and if I’d be able to leave a high paying job to do what I loved. They did. So I wrote the next book in the series and quit my job. And now I write fulltime.

In 2011, I sent Marked (Soul Guardians Book) off to the Readers Favorite Awards. Marked won the bronze medal in the Fantasy/Science-fiction category. I did many ‘happy dances’ when that happened. Just to be nominated was a big deal. But winning is better. J

With such a great response to the Soul Guardians series, I’ve decided to do a spinoff from that series, to a new one called, Mystic Hunters. I’m sure the name might change, but the overall idea will not. I think fans of the previous series will enjoy this one as well. It’s planned as a trilogy, but that too might change.

I tried for over a year to get my book Marked traditionally published. My editor seemed to think that the book have great market appeal, and he was sure someone would pick it up. Unfortunately, the publishers and agents all said the same thing: they loved it, but it didn’t “fit” their list at the moment. What the heck does that mean? Who decides who’s on this list? How does one get on this list? There’s nothing worse than getting your first rejection letter by regular mail or email. It stung, because we take it so personally at first, not realizing that publishing is really a business. I got used to the rejects after a while. I read every single one of them, trying to understand why the book wasn’t getting picked up.

After over more than a hundred rejects from publishers and agents, I decided to self-publish my own book. Why can’t readers decide what books they want to read? The control aspect of the self-publishing world attracted me. I did loads of research on self-publishing. Read many blogs, especially JA Konrath’s blog, the Newbie’s Guide to Publishing, which was very enlightening.

As an artist, I did my own cover; decided how I wanted the inside to look like and I chose the price. I didn’t have a whole team of people telling me what I could and couldn’t do. And I thought that was great.

The books are doing well, and now I’m planning on releasing a 3d animated teaser for the Soul Guardians series at the end of the year.

Kim Richardson is the author of the Soul Guardians series. Born in Northern Quebec, she developed a wild imagination at a very young age and surrounded herself with fantasy novels and movies like, The Labyrinth and The Dark Crystal. She later studied in the field of 3D Animation, and became an Animation Supervisor for a VFX company. For many years she worked on big Hollywood films and stayed in the field of animation for 14 years. Since then, she has retired from the VFX world and settled in the country where she writes fulltime.

Thank you, Kim for such a fantastic article!

I hope all of you enjoyed this post.  Please feel free to leave any comments or ask questions.  Kim has agreed to jump in and out for the next 24 – 48 hours to chat.

Description:  Sixteen year-old Kara Nightingale’s ordinary life is suddenly turned upside-down when she dies in a freak accident, and she wakes up in a strange new world with a new career—as a rookie for the Guardian Angel Legion. Kara hurdles towards dangerous missions with the help of her Petty Officer and friend, David.

But when she discovers a Mark on her leg, the entire Legion accuses her of being a Demon spy. Angels are dying, and David begins to pull away from her. Can Kara prove her innocence as she becomes the Legion’s only hope?

It’s going to take a miracle to save the Legion, and Kara’s luck has just run out…